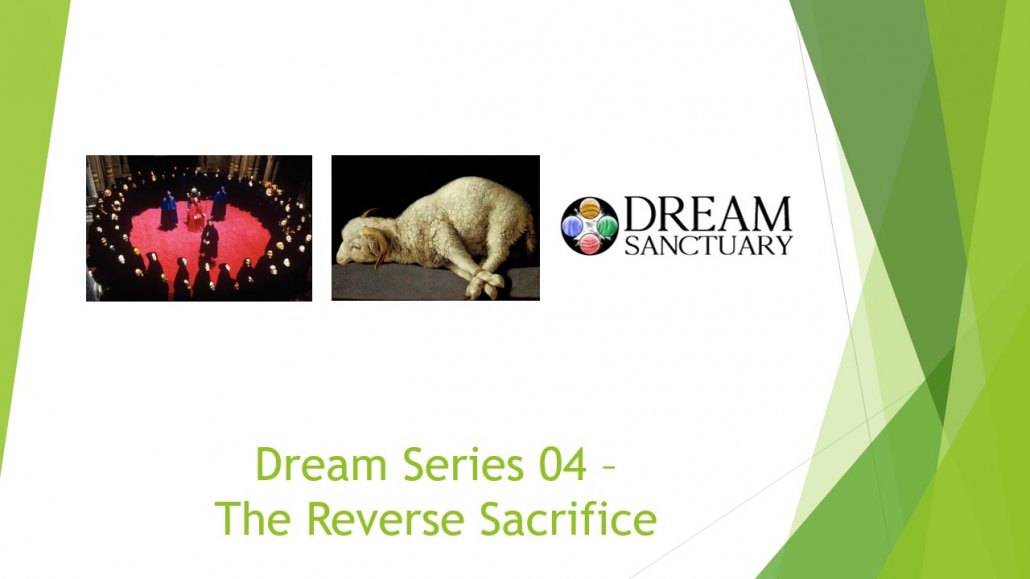 Step 1 – Write The Dream Down
I am in a secret society and there is going to be a sacrifice for the new year. Actually, I am going to be the sacrifice. In the ritual room, there is a queen sitting on a throne and a royal couple as well as a few other indistinct people. They look like Elizabeth II, Meghan and Harry. I am laying on the ground in a sack. ​

Before the sacrifice happens, the royal couple has to go through a voluntary incision by having a mechanical razor slightly cut their throat. Both are terrified and are shaking too much for the cut to take place. The queen condemns them to be devoured by the throne if they do not comply with getting the cut. As it appears, the throne on which she is seating has teeth and is able to eat people. The royal couple finally agree and they get a slight cut on their throat. After this, the person symbolizing the new gets fed to the throne.​

Meanwhile, I lay in the background and people tell me that I need to say a key phrase to close the ritual. No matter how many times they repeat the key phrase, I can’t memorize or understand it. It is in English but the words do not make sense together. The queen notices this and she looks at me upset as if I am going to ruin the ritual.​

Throne with teeth ~ the devouring nature of power, either you handle the power or it eats you. Looks like a mimic or the mad piano of Super Mario 64.​

Key phrase ~ a kind of magic sentence to close and acknowledge the ritual.​

I have been invited on a podcast and it’s a sizeable challenge. I am afraid of doing a bad job.​

Step 4 – Feel into the Inner Dynamics of a Dream

Scene 2 – Change of plans, I won’t be the sacrifice​. Feeling: positive surprise, loss of fear​

Scene 3 – The royal couple struggles to accept the cut, the real nature of the throne, the sacrifice happens​. Feeling: ramping up of fear, terror​

Scene 4 – End of the ritual, key phrase, upset queen. Feeling: confusion/helplessness as I am caught up in a bad position, a mix of anger and disappointment coming from the queen​

The podcast invitation (among other things) has activated the unconscious enough to put me at the center of a transitional ritual. That ritual indicates a reversal of the old and the new.​

The ritual is led by a mother complex, which explains me doubting myself.​

I am going to be spared but I need to play my part in finding the right words to acknowledge and close what’s happening, at the risk of ruining the ritual or upsetting the queen.​

Step 6 – Make the Dream Concrete With a Symbolic Act

Because I saw that I was spared, I gained confidence in the task. ​

Keeping the key phrase in mind, I chose carefully which topics should be talked about.

A Template For Dream Interpretation

The Green Knight – A Psychological Analysis
Scroll to top