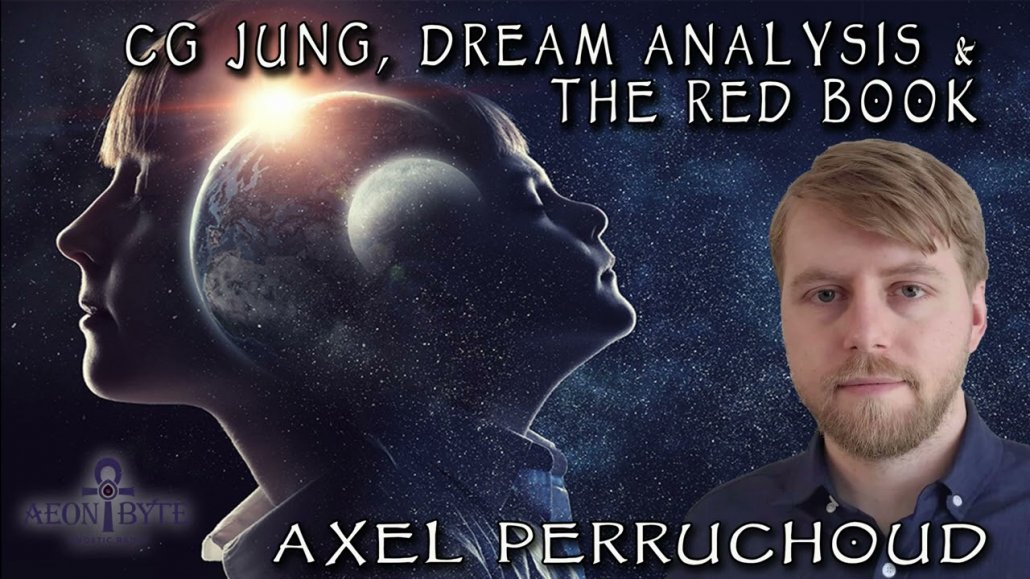 The full interview can be found below.

From 21:20 – I talk about a few things I have on my website: dream template (article), twenty of my dreams (link), most importantly the mindmap (link, article).

At 31:30 – Since the interview, I wrote an article on shadow work to explain myself better on that topic.

At 39:30 – “Most people confuse “self-knowledge” with knowledge of their conscious ego-personalities. Anyone who has any ego-consciousness at all takes it for granted that he knows himself. But the ego knows only its own contents, not the unconscious and its contents. People measure their self-knowledge by what the average person in their social environment knows of himself, but not by the real psychic facts which are for the most part hidden from them.” (Jung, The Undiscovered Self)

At 40:30 – “For Jung, a symbol is “an expression for something unknown or not yet knowable” and “the sensuously perceptible expression of an inner experience.” (Jung, Psychology and Religion (CW11); Letters Vol. 1)

At 41:10 – “These are not concepts, but a type of hermeneutic language for interpreting events of the soul, of the psyche.” (Lance Owens, CG Jung and The Black Books (at 58:30))

At 44:00 – “The years, of which I have spoken to you, when I pursued the inner images were the most important time of my life. Everything else is to be derived from this.” (Carl Jung, The Red Book)

“This is a God you knew nothing about, because mankind forgot him. We call him by his name ABRAXAS. He is even more indefinite than HELIOS [the Christian God] and the devil.” (ibid.)

“Abraxas is the God who is difficult to grasp. His power is greatest, because man does not see it. From the sun he draws the summum bonum ; from the devil the infinum malum; but from Abraxas LIFE, altogether indefinite, the mother of good and evil.” (ibid.)

“Abraxas, “The God of the frogs or toads, the brainless one, is the union of the Christian God with Satan.” (ibid.)

“If Christianity claims to be a monotheism, it becomes unavoidable to assume the opposites as being contained in God.” (Jung, Answer to Job)

“At immeasurable distance a lonely star stands in the zenith. This is the one God of this one man, this is his world, his Pleroma, his divinity. […]

This star is the God and the goal of man. This is his one guiding God, in him man goes to his rest, toward him goes the long journey of the soul after death, in him everything that man withdraws from the greater world shines resplendently.

Nothing stands between man and his one God, so long as man can turn away his eyes from the flaming spectacle of Abraxas.” (Carl Jung, The Red Book)

“Respect for and disdain of the Gods – that is the mystery.” (Jung, The Black Books, Vol. 7)

At 58:40 – “A figure came to visit me. He appeared at unexpected moments as if he were trying to scare me. First, he jumped into my vision as a grotesque Japanese man with long black hair. I was in doubt if I saw him as a man and then he turned before me into a woman. Then appeared more grotesque Japanese figures of different sizes and sexes, but only for an instant. He even became a frog and a Mexican who had a long black oriental style mustache.”

At 1:01:20 – I always liked that video on this topic James Hillman – The Psyche Communicates with Images, not Information

At 1:05:20 – “I was in my friend’s apartment with my husband. She and her partner wanted my husband to mediate between them and the entity that was living among them. After questions are asked, we end up near a closed door of an unknown room. I open the door, the room is dark, except for a figure sitting on a chair, it has an eerie, cold presence, it is facing the wall at an angle. Its head is animal, its body is human.

It turns to face us and very quickly gets up and rushes out, bowling over my friends. In my mind I am angry that it does this and am just as quick to chase it, however I want to shout at it ‘come back here you bastard, etc.’ but when I try to say the words, they are barely a whisper, my mind and voice aren’t unified, it feels as though I am anxious to chase, but righteous in anger.”

At 1:25:20 – “I had a very strange dream where I was talking to different Gods (from no particular religion that I could make out). The setting was a beautiful, ancient, falling apart area, I’m not sure if you would use the word pantheon but it seemed like some sort of temple. It was a mix of a man made stone structures and nature that was trying to reclaim its territory. Also the building from a bird’s eye view would have looked like an infinity symbol. It was built for (and maybe by) the Gods so they could communicate with people. As for the Gods themselves, I don’t know what better way to describe them as being assholes. I can’t remember what they said exactly but I remember the feeling that they had no faith in my abilities or each other as well as mocking myself and the other Gods. Finally, I remember there being an abyss exactly in the centre of the building which I had to climb down to figure out more about myself and what the Gods wanted/needed from me. My family was there to help me get down, there were some safety equipment and I went down a little bit but didn’t get too far before waking up by an alarm.”

At 1:36:00 – “There are times, as he said, when you don’t go on trying to fix or solve – when, not just with a difficult patient but with a whole age, you acknowledge there is nothing left to be done. Then, as great Sufis and alchemists have realized, even to pray is to interfere: is an act of disrespect.

Naturally that doesn’t mean you don’t submit to accepting with humility, with a genuine sense of ethics and responsibility, whatever duties are imposed on you by life.” (Peter Kingsley, Catafalque)

From 1:39:50 – “The basic issue in Aion is the double or bipolar nature of the Christian God-image.” (Edward Edinger, Transformation of the God-Image)

“The serpent owes his existence to God and by no means to man. The idea: omne bonum a Deo, omne malum ab homine [that All good is from God, all evil is from man] is an entirely false one.” (Jung, The Symbolic Life (CW18))

“There’s a wager in heaven between Satan and Yahweh as to whether or not Job can be turned away from God, kind of a heavenly conspiracy. Job is then beset with multiple calamities. Job then questions his situation: ”Why is this happening to me?” He calls out to God to explain to him why this is happening, to justify to him the reason for it. He says he’s not an evil man and his life, his behavior, does not, in justice, warrant this kind of treatment. Counselors arrive on the scene who tell him, in effect, to quit questioning what’s beyond him and just submit and admit that though he may not understand it, God is just. But Job refuses. He perseveres in his questioning and in maintaining his integrity, as he puts it. And then finally, Yahweh manifests. He shows himself in the whirlwind and in his great final speech says, in effect, “Who are you to question me? Look at all my grandeur.” And with that, Job is silenced and accepts the situation. And Yahweh then restores all his property better than before. That’s the bare bones of the Biblical account.” (Edinger, Transformation of the God-Image)

“[Yahweh’s] faithful servant Job is now to be exposed to a rigorous moral test, quite gratuitously and to no purpose, although Yahweh is convinced of Job’s faithfulness and constancy, and could moreover have assured himself beyond all doubt on this point had he taken counsel with his own omniscience. Why, then, is the experiment made at all, [and a bet with the unscrupulous slanderer settled], without a stake, on the back of a powerless creature? It is indeed no edifying spectacle to see how quickly Yahweh abandons his faithful servant to the evil spirit and lets him fall without compunction or pity into the abyss of physical and moral suffering. From the human point of view Yahweh’s behaviour is so revolting that one has to ask oneself whether there is not a deeper motive hidden behind it. Has Yahweh some secret resistance against Job? That would explain his yielding to Satan. But what does man possess that God does not have? Because of his littleness, puniness, and defencelessness against the Almighty, he possesses, as we have already suggested, a somewhat keener consciousness based on self-reflection: he must, in order to survive, always be mindful of his impotence. God has no need of this circumspection, for nowhere does he come up against an insuperable obstacle that would force him to hesitate and hence make him reflect on himself.” (Carl Jung, Answer to Job)

“The naive assumption that the creator of the world is a conscious being must be regarded as a disastrous prejudice.” (ibid.)

“It is clear from the historical development that Yahweh had lost sight of his pleromatic coexistence with Sophia since the days of the Creation. Her place was taken by the covenant with the chosen people, who were thus forced into the feminine role.” (ibid.)

“Yahweh has an infidelity complex.

We can consider that his relation with Israel (a kind of projection of the feminine consort) was a necessary step in Yahweh’s becoming conscious of Sophia. Just as the human male ego must integrate the anima via projection, via an experience with a living partner of the opposite sex, so Yahweh must also have that experience, must have the external love relationship with Israel, and then later withdraw the projection.

(At the bottom of Yahweh’s marriage with Israel is a perfectionistic intention which excludes that kind of relatedness we know as “Eros.” The lack of Eros, of relationship to values, is painfully apparent in the Book of Job.)” (Edinger, Transformation of the God-Image)

“This explains Yahweh’s behaviour, which, from the human point of view, is so intolerable: it is the behaviour of an unconscious being who cannot be judged morally. Yahweh is a phenomenon and, as Job says, “not a man.” (ibid.)

Note: A good way to understand Yahweh’s amoral nature is through this clip Creepiest scene from any kid’s movie – Adventures of Mark Twain.

“The new factor is something that has never occurred before in the history of the world, the unheard-of fact that, without knowing it or wanting it, a mortal man is raised by his moral behaviour above the stars in heaven, from which position of advantage he can behold the back of Yahweh, the abysmal world of “shards.” (ibid.)

“Job stands morally higher than Yahweh. In this respect the creature has surpassed the creator.” (ibid.)

“Job is a sacrifice for Yahweh’s developing consciousness. At first, he is an involuntary victim. After the theophany, when he sees the reality of Yahweh with his own eyes, he takes on the attitude of voluntary sacrifice:

I had heard of thee by the hearing of the ear,

but now my eye sees thee;

therefore I despise myself,

and repent in dust and ashes.” (Edinger, Encounter with the Self)

Archetypes and Instincts – A Moderate Position
Scroll to top