The Importance of Dream Analysis

The Mysterious Life of the Unconscious

In this short essay, I am going to present my current understanding of dreams and their function. I hope it will explain to the reader the reasons of why I work with them and why it is worth making an effort to learn this skill. It is by no means the last word on the subject but it has the advantage of giving a practical basis to start with.

Phantasies and dreams do not of themselves enlarge consciousness, they have to be understood and here the great difficulty begins.

A dream that is not understood remains a mere occurrence; understood, it becomes a living experience.
Carl Jung, Fundamental Questions of Psychotherapy, CW 16, par 252

Dreams Are a Window on the Psyche

The dream is a little hidden door in the innermost and most secret recesses of the soul, opening into that cosmic night which was psyche long before there was any ego-consciousness, and which will remain psyche no matter how far our ego-consciousness extends. For all ego-consciousness is isolated; because it separates and discriminates, it knows only particulars, and it sees only those that can be related to the ego. Its essence is limitation, even though it can reach to the farthest nebulae among the stars. All consciousness separates; but in dreams we put on the likeness of that more universal, truer, more eternal man dwelling in the darkness of primordial night. There he is still the whole, and the whole is in him, indistinguishable from nature and bare of all egohood. It is from these all-uniting depths that the dream arises, be it never so childish, grotesque, and immoral. 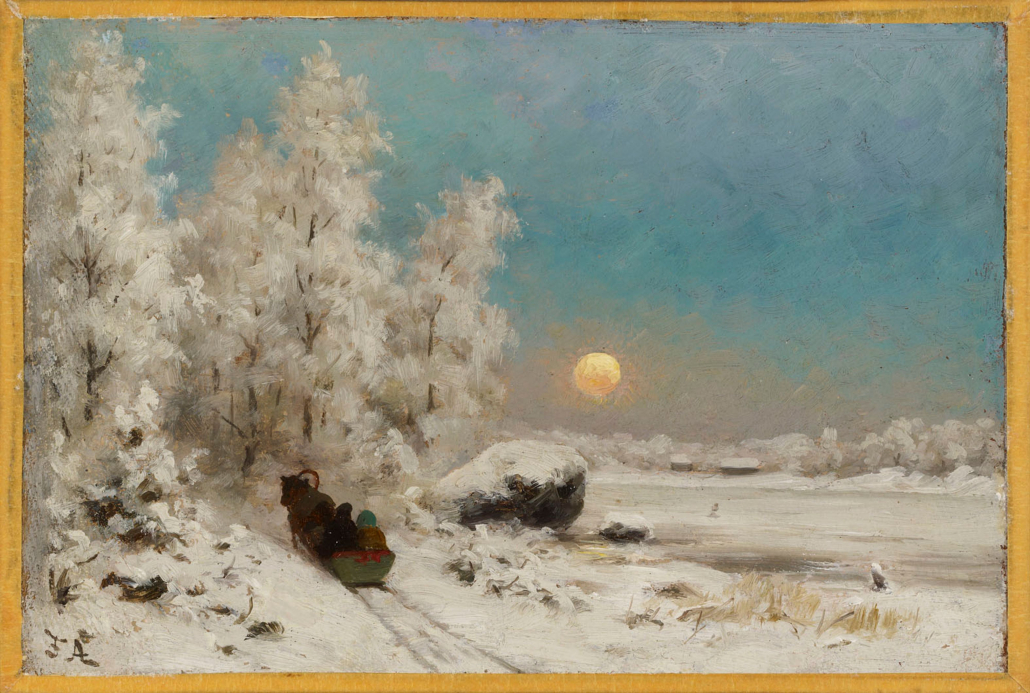 There is no complete answer to what the purpose of dreaming is, as the deepest corners of the unconscious are still shrouded in mystery. However, one thing is for sure: the attitude of looking at dreams as insignificant is a byproduct of the malaise of modern times.

I believe that it is necessary for each individual to reconnect to the vitality of the psyche and (re)learn how to work with the part of ourselves that find free expression at night. Thanks to depth psychology, frameworks and guidelines are available on how dreams should be approached and understood.

As Freud says, dream-analysis is the via regia (royal highway) to the unconscious. It leads straight to the deepest personal secrets, and is, therefore, an invaluable instrument in the hand of the physician and educator of the soul.
Carl Jung, On the Psychology of the Unconscious, CW 7, par 25

My focus is on analytical psychology as it is the framework that has been most beneficial to me since I started doing dream analysis.

Dreams Are Compensation of the Conscious Attitude

The general function of dreams is to try to restore our psychological balance by producing dream material that re-establishes, in a subtle way, the total psychic equilibrium. This is what I call the complementary (or compensatory) role of dreams in our psychic make-up. It explains why people who have unrealistic ideas or too high an opinion of themselves, or who make grandiose plans out of proportion to their real capacities, have dreams of flying or falling. The dream compensates for the deficiencies of their personalities, and at the same time it warns them of the dangers in their present course. If the warnings of the dream are disregarded, real accidents may take place. The victim may fall downstairs or may have a motor accident.
Carl Jung, Man and His Symbols, “Approaching the Unconscious”

The most important practical insight on the purpose of dreams is that they play a compensatory role to the conscious attitude. If we have a good day but our night is filled with nightmares, there is a discrepancy that needs to be paid attention to. Similarly, if the day was most difficult but the night is peaceful, we can experience relief.

For dreams are always about a particular problem of the individual about which he has a wrong conscious judgment. The dreams are the reaction to our conscious attitude in the same way that the body reacts when we overeat or do not eat enough or when we ill-treat it in some other way. Dreams are the natural reaction of the self-regulating psychic system. This formulation is the nearest I can get to a theory about the structure and function of dreams[.]

Carl Jung, The Tavistock Lectures: On the Theory and Practice of Analytical Psychology, CW 18, par 24

Dreams bring a unique perspective from the unconscious onto our daily life. Elements that are dismissed and ignored (if not repressed) by our conscious mind are brought back to the surface to be reconsidered. Presented with our shortcomings, we can work on understanding ourselves.

By re-prioritizing information in a symbolic form and revealing our blind spots, the compensatory story produced by dreams is often unflattering and requires great humility to face. This internal dynamic keeps the ego in check and also facilitates self-knowledge. If I asked you to describe yourself then asked a close family member to describe you, it’s very likely that I would end up with two very different answers.

Looking at dreams is doing a similar thing: by weighing what the unconscious portrays through dreams, we are observing a completely different picture of the situation we believe we are in.

[The dream] shows the inner truth and reality of the patient as it really is: not as I conjecture it to be, and not as he would like it to be, but as it is.
Carl Jung, The Practical Use of Dream-Analysis, CW 16, par 304

As against Freud’s view that the dream is essentially a wish-fulfilment, I hold with my friend and collaborator Alphonse Maeder that the dream is a spontaneous self-portrayal, in symbolic form, of the actual situation in the unconscious.
Carl Jung, General Aspects of Dream Psychology, CW 8, par 505 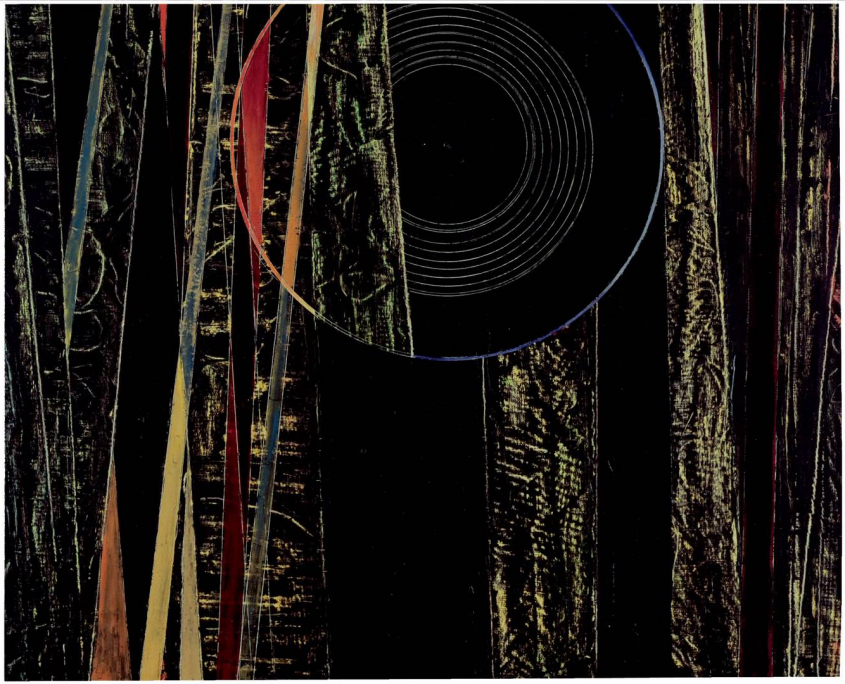 Jung and Freud had a disagreement if the dream had a façade or not. Jung argued that dreams are natural productions, thus there was no reason to assume that it was meant to deceive.

I was never able to agree with Freud that the dream is a “façade” behind which its meaning lies hidden—a meaning already known but maliciously, so to speak, withheld from consciousness. To me dreams are a part of nature, which harbors no intention to deceive, but expresses something as best it can, just as a plant grows or an animal seeks its food as best it can.
Carl Jung, Memories, Dreams, Reflections, pp. 161–162

Much as I admire the boldness of [Freud’s] attempt, I cannot agree either with his method or with its results. He explains the dream as a mere façade behind which something has been carefully hidden. There is no doubt that neurotics hide disagreeable things, probably just as much as normal people do. But it is a serious question whether this category can be applied to such a normal and worldwide phenomenon as the dream. I doubt whether we can assume that a dream is something other than it appears to be. I am rather inclined to quote another Jewish authority, the Talmud, which says: “The dream is its own interpretation.” In other words I take the dream for what it is. The dream is such a difficult and complicated thing that I do not dare to make any assumptions about its possible cunning or its tendency to deceive. The dream is a natural occurrence, and there is no earthly reason why we should assume that it is a crafty device to lead us astray. It occurs when consciousness and will are to a large extent extinguished. It seems to be a natural product which is also found in people who are not neurotic. More over, we know so little about the psychology of the dream process that we must be more than careful when we introduce into its explanation elements that are foreign to the dream itself.
Carl Jung, Psychology and Religion, CW 11, par 41

In my experience, dreams are indeed a natural expression of the self-regulating psyche and, despite their cryptic appearance, they are the clearest expression of inner dynamics. Lacking the ability to understand dreams does not make them incoherent, just as not being able to read a foreign language is no reason to dismiss what is expressed.

[Dreams] do not deceive, they do not lie, they do not distort or disguise… They are invariably seeking to express something that the ego does not know and does not understand.

What Freud calls ‘the dream façade’ is the dream’s obscurity, and this is really only a projection of our own lack of understanding. We say that the dream has a false front only because we fail to see into it.

My personal practice has convinced me that the case made by Jung is most accurate. This is why I always approach dreams as objective psychic facts and I treat them as such. If the dreamer brings me a terrifying nightmare, then the reality of the psyche is that things are not going well, no matter how the dreamer argues that there is no issue in his life.

An essential function of dreams is that they sketch future potentials based on the current attitude. The unconscious possesses more knowledge than the waking mind and therefore is able to perceive the situation more clearly.

[D]reams may sometimes announce certain situations long before they actually happen. This is not necessarily a miracle or a form of precognition. Many crises in our lives have a long unconscious history. We move toward them step by step, unaware of the dangers that are accumulating. But what we consciously fail to see is frequently perceived by our unconscious, which can pass the information on through dreams.
Carl Jung, Man and His Symbols, Approaching the Unconscious

While not all dreams show a solution out of a blind alley, they do usually show enough information for us to take different decisions. 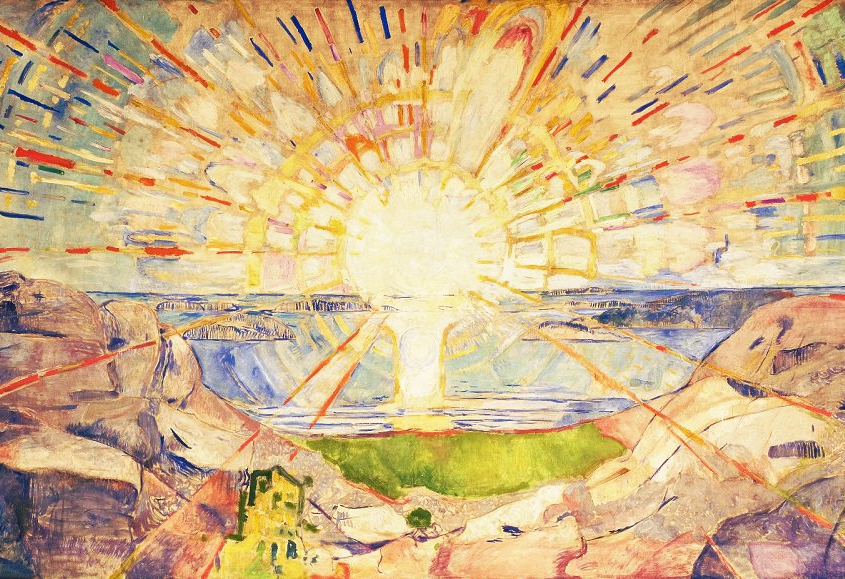 And you can be sure that the dream is your nearest friend; the dream is the friend of those who are not guided any more by the traditional truth and in consequence are isolated.

The main reason to work with dreams is that they offer a unique avenue to self-reflect, a supportive baseline on which we can truly know if things are going well or not. One night for instance, I decided that I was going to apply to the C G Jung Institue before going to bed. That night, I had terrible nightmares which made me reconsider my decision.

And this is the paradox of dreams: they offer personalized and objective guidance freely every night yet it requires great effort to find one’s way through their symbolic language. My hope is that this website will support people that wants to learn that skill as I have learned it from others.

If you want to know what are the guidelines I use for dream analysis, go here.

If you want to see how I interpret some of my own dreams, go here.

Finally, if you want to share a dream with me so we can work on it together, go here.