Working With Complexes: A Practical Alternative 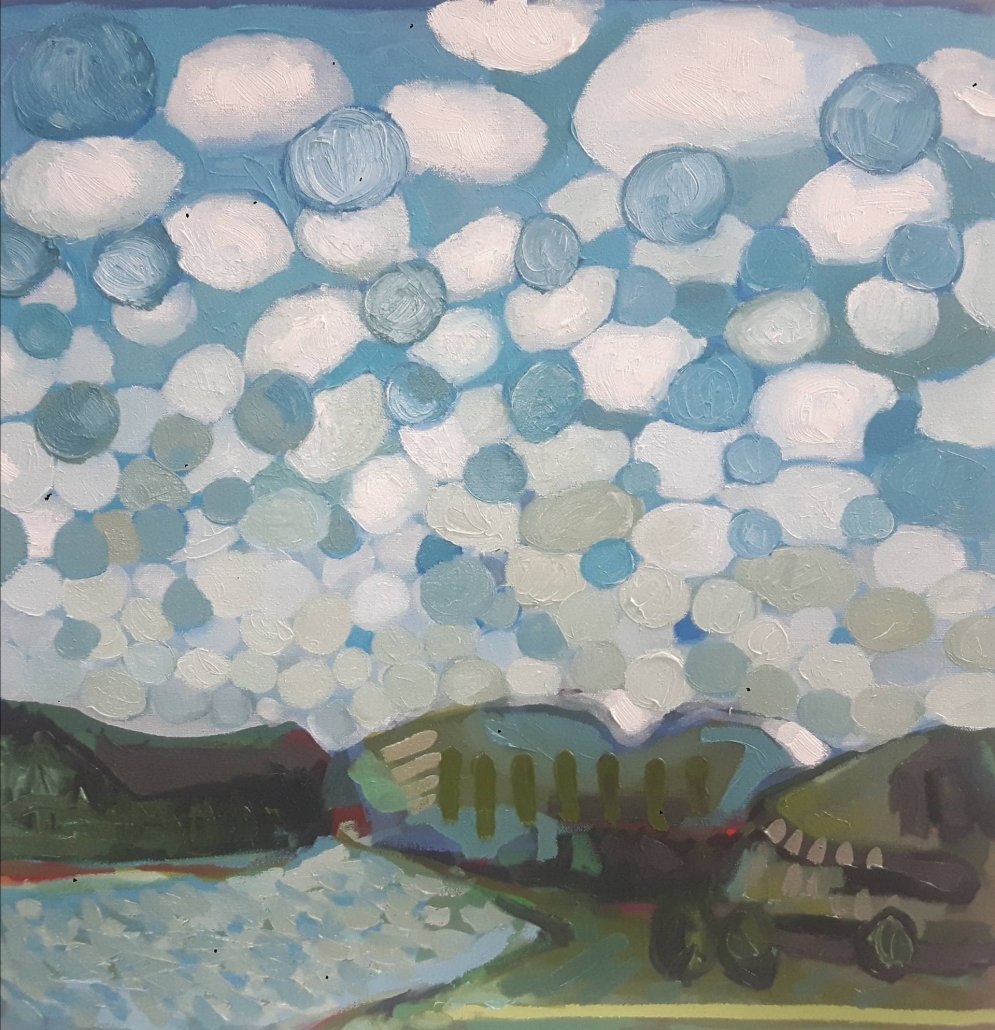 What Do I Do Now?

One of the great strengths (and frustrating part) of Jung’s work is that it offers a great deal of freedom. There is no predefined way or fix-all technique, with the notable exception that one must pay attention to one’s dreams.

For Jung, however, the dream contains much more than that. It alludes in symbolic form to the goal toward which the psychic energy gradient is striving that is, the dream contains anticipatory symbolizations of developmental tendencies. That is why the direction in which the therapy is to proceed must be derived from the analysant’s own dreams. That is finally the reason why, in Jungian therapy, there can be no technique or method and no arbitrary therapeutic goal to which the doctor aspires. It is a question rather of seeking to understand the specific energic trends toward healing and growth in each individual patient, in order to strengthen them through participation by consciousness and to assist their breakthrough into the conscious life of the patient.

Having acknowledged this, the question of how one should proceed is still worth being asked.

How does one go about working with the multiplicity of the psyche? What should one do about feeling opposing emotions on a topic?

While journaling is an option that should never be overlooked, is there a way to consciously engage with our so-called complexes?

Technically, a complex is a knot of the psyche that is charged with affect, that is an emotion that does not flow smoothly as it creates observable physical reactions and disturbances in thinking.

Initially, complexes were studied empirically by asking spontaneous associations to a hundred words inventory. If the association was delayed or triggered a psychogalvanic reflex (a change in the skin conductance), the psychologist could reliably infer that there was a “hole” in the field of associative consciousness, an indication that something unconscious was at play. This lecture provides an example of how it was done early on.

From the Freudian standpoint, complexes can be understood as defence mechanisms, which is a way to say that their role is to protect the psyche to the best of their abilities. In fact, one of the conclusions of introspection is that we discover that our most hated complexes were our strongest protectors and allies.

In my view, the right way to approach a complex is to treat it as an autonomous subpersonality of the psyche. It’s autonomous because it is beyond the control of the ego and it is a personality because it has its own desires, goals and way of operating. “In a word, complexes behave like independent beings.” [Psychological Factors in Human Behaviour, CW8, par. 253.]

It’s also important to note that having complexes is by no means a sign of inferiority, though it can be experienced as such. The existence of complexes is not a pathology but a necessary part of psychic life. It’s understandable why complexes are singled out as the cause of all our problems as we do experience dysfunctional and sometimes outright (self-)destructive behaviors through them. This must be tempered by the fact that there is no practical utility to approach complexes as problems to solve.

In this regard, let me introduce an alternative therapeutic model that depathologizes working with complexes.

The way I learned to interact with these autonomous subpersonalities is through the model of Internal Family Systems (IFS).

IFS works with the fact that the psyche is made of “parts”. These parts have different roles: they can protect the psyche preemptively, divert attention from traumatic pain, or hold the trauma. This simplified overview should suffice to show that IFS aims at acknowledging the positive intent of each part, no matter how dysfunctional its actions appear to be.

This depathologizing is an essential feature of IFS. In a typical session, the goal is to re-establish trust with one’s parts, acknowledging with gratitude the role that they have served and the hardships they have gone through as well as empathizing with the emotions they are experiencing. No forceful attempts are made, rather the process unfolds by paying respect to the boundaries of our parts. 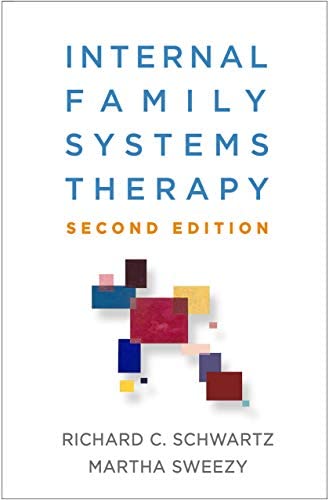 In my opinion, the key features of IFS are the following.

On a personal note, I have been using IFS since I went to an IFS therapist in 2016. I have been practicing on my own after that and have relied on its guidelines ever since. To this day, it is my go-to therapeutic modality.

2/ The language of IFS is not pathological.

Psychoanalysis has a very harsh vocabulary, especially coming from Freud (castration, autoerotism, death instinct, penis envy, …). This might not be obvious for people who have not been in therapy, but being at the receiving end of this kind of language can make matters worse. As a comparison, IFS will use expressions like “How do you feel about this part?”, “Ask the part about what makes him so angry and how he can trust you”, “Let this part know that you want to get to know it when it’s ready”, “Say thanks for that he told you that” (taken from Sample IFS session). This difference in language greatly facilitates the therapeutic effort on both sides.

3/ IFS is led by the patient, not by the therapist.

The role of an IFS therapist is to support the patient in establishing trust with his own parts. Therefore, it’s up to the client to describe what is happening in his inner world. The role of the therapist is limited to assisting when the patient does not know how to progress and making sure that the client re-establish contact with his parts in a positive manner. In rare cases, the therapist might interfere as it happened to me once.

4/ IFS relies on the quality of presence of the patient and therapist.

A central aspect to IFS, which I have kept aside to not introduce confusion, is that the session must be guided by the patient’s Self (and assisted by the therapist’s Self). The word Self here means “The core of a person, which contains leadership qualities such as compassion, perspective, curiosity, and confidence. The Self is best equipped to lead the internal family” (glossary). Therefore, a lot of effort and precautions are taken to guarantee that the quality of presence is as close as possible to the Self. In practice, the quality of presence of the Self is described by the 8 C’s: Calm, Connection, Compassion, Creativity, Clarity, Curiosity, Confidence, and Courage.

Following the previous points, the potential for transferences and counter-transferences is significantly reduced compared to most therapies.

Note: in my experience, the most important limitation of IFS as a therapeutic modality is—while a part can be felt and released inside the body—it is generally inferior to therapies based on the body. For instance, I have found Somatic Experiencing to be a better modality to release trauma stored in the body.

So what is the difference between active imagination and IFS?

IFS focuses on following a trailhead, a term used to describe a feeling linked to a situation one wants to do inner work on. Following the trailhead leads to re-establishing a positive relationship with a part, which can lead to healing a trauma (called “unburdening an exile”). Thus the IFS process has well-defined steps in order to guarantee that the process does not go too fast (which would violate the role of our defensive parts) or too slow (when the patient does not know what to do).

In opposition, active imagination starts with almost nothing, a hunch or maybe a dream. From that point, the process will unfold in a way where pretty much anything can happen. This makes active imagination very disorienting. One must then be very attentive and behave with utmost integrity and authenticity for the process to not become unmanageable or counter-productive.

Is IFS For Me?

Despite all its qualities, IFS might not be an appropriate therapy for you.

A good way to try IFS is by following this guided meditation by Richard Schwartz, the creator of IFS. Being both short and safe, it is an appropriate exercise for beginners. I sometimes go back to basics and follow it myself. In any case, trying it will give you an idea if IFS is for you or not.

A guided meditation by Rick Schwartz

In the case where IFS is a match for you, here are some resources that I’ve used myself.

For something more focused on the practice, Jay Earley’s Self-Therapy: A Step-By-Step Guide to Creating Inner Wholeness Using IFS, a New, Cutting-Edge Therapy is the best guide around. It’s clear, concise and practical. If you like this one, the next two books of the series, Self-Therapy Vol. 2 and Self-Therapy Vol. 3, are worth considering.

I also recommend checking out Jay Earley’s website. There are some very useful demonstrations of IFS sessions and online courses.

Finally, and most importantly, nothing will replace the assistance of an experienced therapist. Twice in my practice, I’ve had problems that I wouldn’t have been able to resolve without the help of my therapist. In both cases, everything I did to help was making matters worse. The problem was in a blind spot and the therapist was able to help me through it.

I also want to warn the reader that thinking that one can do everything alone is a very dangerous assumption. At the absolute minimum, one should have someone reliable in case something goes wrong. Dealing with your own psyche is a serious endeavor and it will respond in kind if you attempt to play games with it, even if these mistakes were not intended (i.e., done unconsciously). 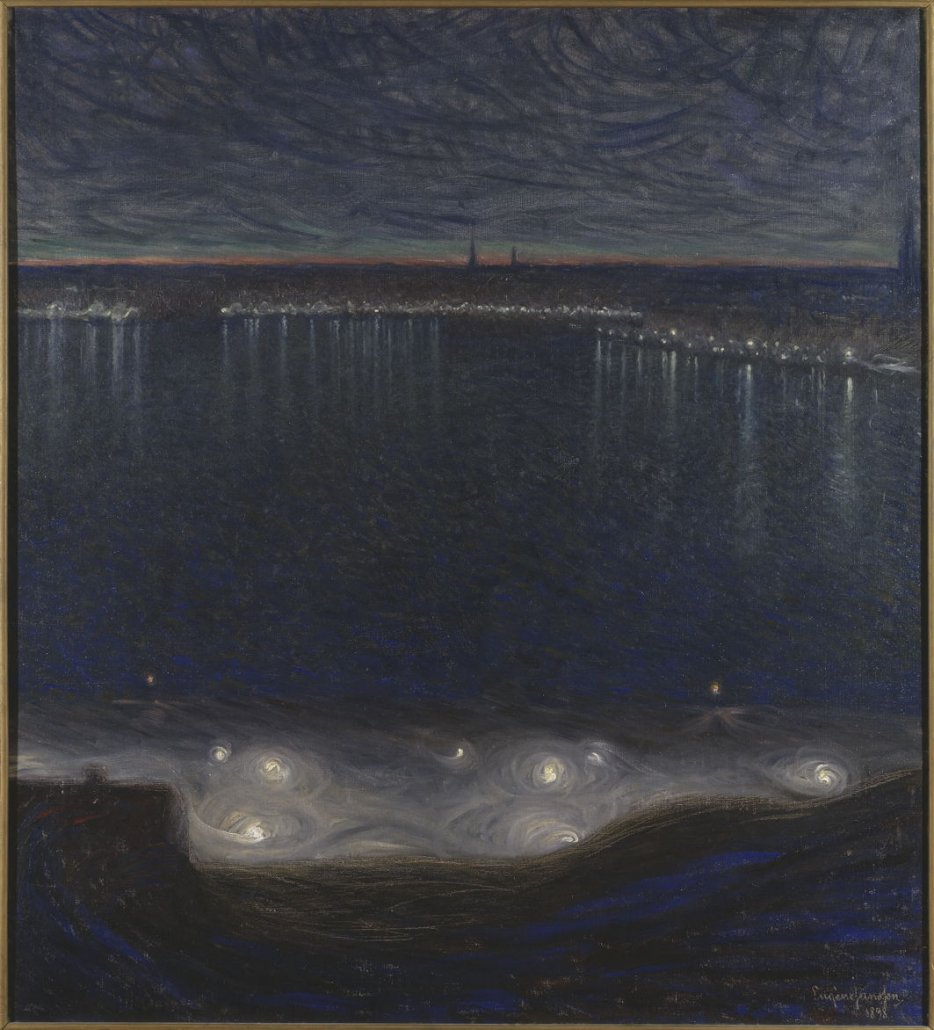 Addendum – How to choose a Therapist

What I’ve found is that the most important factor is the relationship between the client and the therapist, the modality being the second factor. Your therapist must be someone you can trust with the most intimate parts of your life. If that trust is not there, you will not be able to express your emotions authentically. Spontaneous and honest exchange is essential for the process.

During a therapy session, there are strong resistances against articulating personal truths. One has first to admit to the underlying nature of the problem and then verbalize it. This can feel so loathsome, shameful and/or humiliating that one will find every possible excuse to avoid talking about what really matters. While perfectly understandable, not conveying these personal truths will make the therapeutic process much more difficult, if not impossible. This is why one should pick a therapist that one feels safe with, otherwise the resistance to share will be even more difficult to overcome.

In practical terms, let’s say you want to choose a therapist. Start by looking for all your available options. Then, for each option, gather all the information available so you can have an idea of who the therapist is. For instance, going through websites allows you to observe the feeling or personality that shines through them. That feeling-personality is a good proxy for how the therapist is going to be in person. Ask yourself if that feeling-personality proxy is a match for you. Observe your feelings. Maybe your heart feels like it is sinking (that is a bad sign) or maybe it feels like something is opening up from within (that is a good sign).

If you found a match that feels right, give it a go for a first session. If you have doubts after meeting in person, nothing prevents you from canceling after a single session. In any case, my recommendation is to balance what you think with how you feel about the therapist, as feelings are more apt to evaluate a relationship.