Dream Series 02 – The Unconscious Going Above the Speed Limit 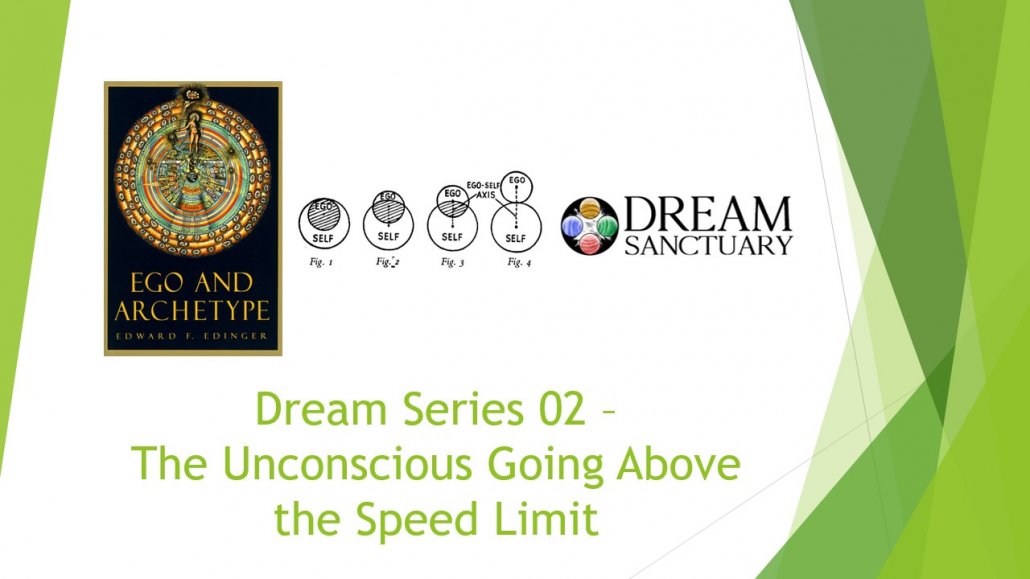 Step 1 – Write The Dream Down

I had four dreams.

I don’t remember the first three.

Fourth dream: I was in a car with my mother and we were going to an amusement park. I was in the back of the car. I was young, around 12 years old, and my mother was driving. I was talking a lot, especially about the fact that the trip was a lot for one day. Suddenly my mother sped up. I said, “Hey, you’re going over the speed limit! We can’t do that!”. She responded with hurt and anger saying that it’s because I don’t do anything that she has to do things like that.

amusement park, back of the car, 12 years old ~ regression to childhood​

mother was driving ~ “mother” as the role of a mother, leading  ​

the trip was a lot for one day ~ the inner conflict I was struggling with, which was too much for me to handle

I was struggling with an inner conflict that I had for weeks at this point. I could not see any solution. In fact, when I went to bed that night, I asked my dreams for a solution (incubation).​

I had three dreams that were too fuzzy, so I went back to bed hoping for a clearer dream. The truth is that I wanted a solution made for me by the unconscious instead of taking responsibility. ​

Step 4 – Feel into the Inner Dynamics of a Dream

Moment 1 – back of the car, talking, trip is a lot. Feeling: childish complaint.​

Moment 2 – speeding up, dangerous driving, “We can’t do that”.​ Feeling: surprise, fear, agitated and worried​.​

From the personal context, there was clearly an infantile attitude of letting the unconscious do everything for me. This was pictured as a young version of me, psychologically a regression to childhood and moving away from personal responsibility. Through an exasperated older female figure as well as dangerous driving, the dream is letting me know how irresponsible my attitude was. ​

Step 6 – Make the Dream Concrete With a Symbolic Act

I took the matter in my own hands.​ I reserved some time during the day to go through the inner conflict, following a therapeutic process I am comfortable with. I ended up being able to have closure on this, which I initially thought would not happen.

A Template For Dream Interpretation

Edward F. Edinger. Ego and Archetype: Individuation and the Religious Function of the Psyche